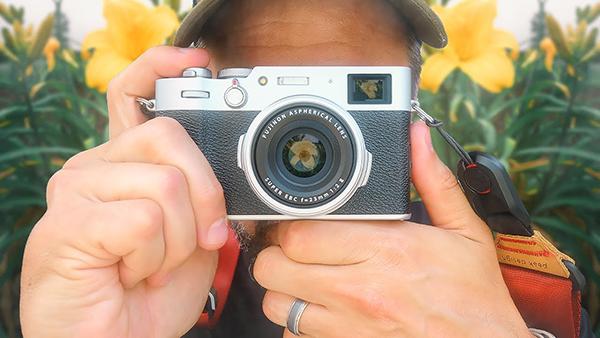 The point-and-shoot camera is dead? They’ve been saying that for years, especially as the popularity of smartphone photography grows and grows.

But, to paraphrase Mark Twain, have reports of the death of the compact camera been greatly exaggerated? Landscape photographer Mark Denney thinks so or, at least, he thinks every photographer should seriously consider having a point-and-shoot camera handy at all times for at least some of their photography.

Denney’s camera of choice is the Fujifilm X100V, a rangefinder-style compact that was released in early 2020. In the video below, Denney explains why the X100V and small, all-in-one cameras like it are great to shoot with.

“Now the Fuji X100V is a camera that I've heard a great deal of buzz about recently, but what's interesting is that this camera was released well over two years ago, so it's not something that was just released,” Denney says.

“And I, for one, have always been a fan of retro technology and the throwback rangefinder style of the Fujifilm X100V is something that I find very appealing. Plus, this camera is not only brilliant to look at and fun to use, it also creates stunning photos and video files as well. And it's the perfect size for an everyday carry camera as well - not too small and not too big.”

Watch below as Denney heads out into the woods “to do a little point-and-shoot landscape photography” with the Fujifilm X100V. With so many interesting new mirrorless cameras and interchangeable lenses coming out lately, it may be tempting to add a lot of gear to your camera bag.

But an argument can be made that we are weighing ourselves down with so much expensive camera gear, that we miss the point of what photography is all about: taking pictures when a scene of inspiration presents itself.

Watch below as Denney goes minimal with just his Fuji compact camera. You might be surprised with his results!