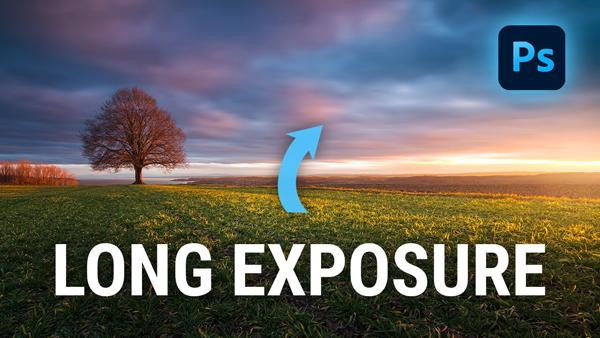 In today’s episode from German landscape photographer Christian Mohrle you’ll see how easy it is to add dreamy motion blur to clouds with a few simple steps in Photoshop. As a bonus, Mohrle demonstrates a quick method for enhancing vibrance for an eye-popping final image.

Mohrle also has a couple more interesting goals for his demonstration image. One is to simulate more light entering the right side of the scene frame. He also wants to avoid losing blues when warming up the sky.

The motion-blur technique comes in the latter portion of the video, but first Mohrle want to get the overall image looking great. As always, he begins by selecting the appropriate Photoshop color profile for the image at hand. In this case he chooses Adobe Landscape which immediately warms up the shot.

Next Mohrle makes several basic Raw adjustments to the overall shot. These include increasing exposure to brighten up the scene, modifying white balance for additional warmth, and pumping up saturation and vibrance.

Now Mohrle turns to local adjustments for different portions of the image, He uses a linear gradient to add texture and clarity to the foreground, followed by another selection to darken the sky. Then comes color grading with a split-toning effect to achieve a really nice look.

All that’s left is the surprisingly easy motion-blur effect, and he quickly walks you through the process in barely three minutes.

To learn more about shooting and editing landscape photos head over to Mohrle’s YouTube channel and be sure to subscribe.

And for another helpful method of editing outdoor images, check out the Lightroom tutorial we posted earlier, demonstrating three simple ways to improve contrast.